Home»Reviews»WHO LET THE DOG OUT? 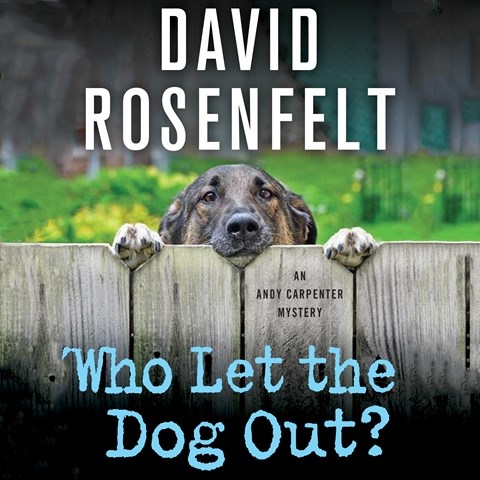 WHO LET THE DOG OUT? Andy Carpenter, Book 13

New Jersey lawyer Andy Carpenter is surprised when a dog is stolen from his rescue foundation—and he’s even more surprised to find himself defending the man accused of murdering the dog thief. Narrator Grover Gardner is once again perfect as the cocky, headstrong lawyer. With a fitting regional accent, he captures Carpenter’s intellect, hilarious and biting sarcasm, and ability to remain cool under pressure. He also captures a softer side during Carpenter’s dealings with his newly adopted son—adapting to normal family life is a whole other adventure for the self-sufficient attorney. As Carpenter and his team research the dog thief murder, the clues begin to reveal a domestic terrorism plot. Gardner’s performance is seamless as he delivers an exhilarating listening experience. M.M.G. Winner of AudioFile Earphones Award © AudioFile 2015, Portland, Maine [Published: OCTOBER 2015]