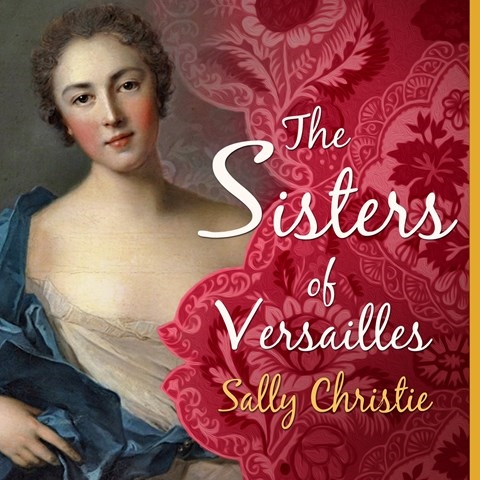 THE SISTERS OF VERSAILLES Mistresses of Versailles, Book 1

Elizabeth Wiley offers a fine performance of this intriguing novel, told from the first-person points of view of the five Nesle sisters, four of whom allegedly shared the bed of King Louis XV, France's most "well-beloved" monarch. The sisters manipulate events and one another, and Wiley embodies each, giving them distinct personalities. Louise, Louis's first mistress, radiates a genteel sweetness. The second sister/mistress, Pauline, sounds precisely like the martinet she is. Wiley delivers the youngest, cruelest, and most devious, Marie-Anne, as sensual, scheming, and ultimately tragic. She presents Diane, fourth in the king's bed, as overly enthusiastic and overly talkative. Wiley's Hortense, strait-laced and proper, is the only sister impervious to Louis's charms. Listeners won't want to miss the next book in the proposed trilogy. S.J.H. © AudioFile 2015, Portland, Maine [Published: NOVEMBER 2015]