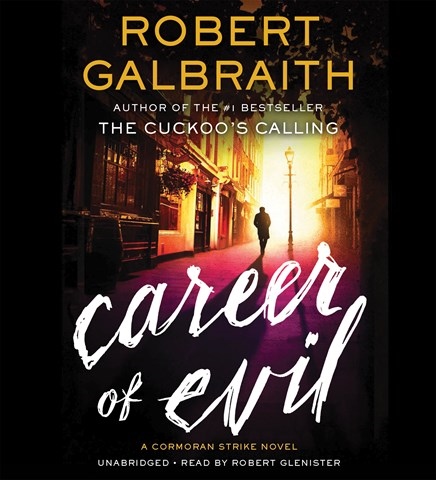 Robert Glenister is the man in this fine performance of Robert Galbraith’s (aka J.K. Rowling) most recent detective thriller. Having narrated the first two books in the series, Glenister knows the main characters—Cormoran Strike, Afghan War vet turned PI, and his smart, increasingly talented assistant, Robin Ellacott—to a fare-the-well. In this thoroughly involving story, both Strike and Ellacott are targeted by a killer, who starts the action with a severed leg delivered to Ellacott. The real-life pacing and vocal differences between the rough-hewn, older Strike and the younger Ellacott bring their scenes particularly to life. And Glenister’s use of a flattened, even tone for the sections that take place inside the mind of the killer adds chillingly to the tension. A.C.S. Winner of AudioFile Earphones Award, 2016 Audies Winner © AudioFile 2015, Portland, Maine [Published: NOVEMBER 2015]