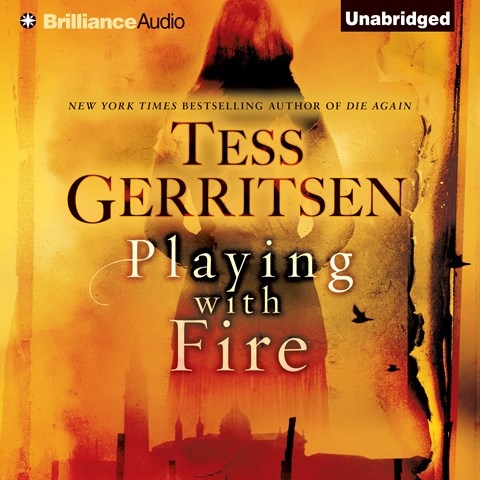 by Tess Gerritsen | Read by Julia Whelan, Will Damron

Two violinists, separated by a lifetime, become enchanted with a tormented, passionate gypsy waltz. Julia Whelan narrates the story of Julia, a contemporary musician who discovers the hand-written sheet music in an antique shop in Rome. Will Damron reads the story of Lorenzo, a young Jewish violinist in 1930s Italy. Whelan portrays Julia's captivation with the mysterious composition, showing her fear of her own obsession as well as her young daughter's literally violent reaction. Damron presents Lorenzo as a gentle yet fervent artist who is determined to marry his beautiful, young musical partner despite his terrifying status as a Jew in Fascist Italy. Damron's tender portrayal of Lorenzo's gifted grandfather is poignant. The two narrators contrast well as Julia and Lorenzo's stories come together. N.M.C. © AudioFile 2015, Portland, Maine [Published: DECEMBER 2015]