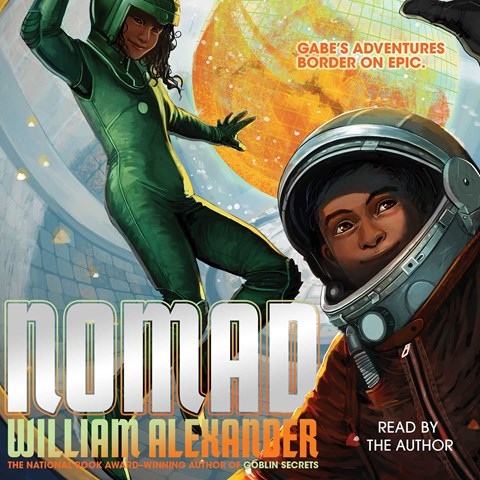 William Alexander performs his sequel to AMBASSADOR with expression and flair that pull the listener into his sci-fi world. Alexander uses intonation and light accents to distinguish between characters, creating the most distinct voices for the three child intergalactic ambassadors--Gabe, Kaen, and Nadia--who band together to try to save the universe from the Outlast, a species that has been systematically wiping out entire civilizations. Alexander hits the right emotional notes, reading with enthusiasm when the trio's ideas work, trepidation when danger arrives, and a hint of exhaustion every time Gabe thinks about his family's suffering in his absence, especially with his father having been deported to Mexico. This complex story will be best enjoyed by fans of the first book. A.F. © AudioFile 2016, Portland, Maine [Published: JULY 2016]