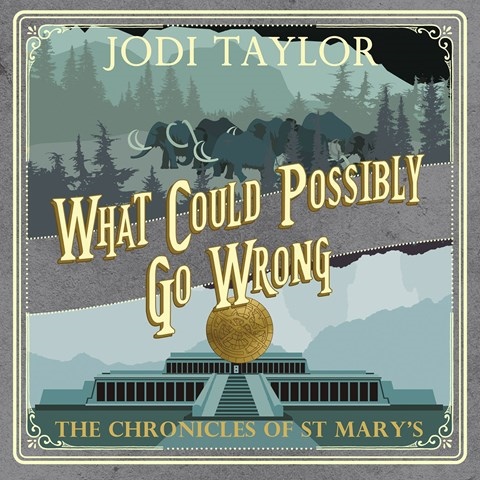 WHAT COULD POSSIBLY GO WRONG? Chronicles of St. Mary, Book 6

Madeleine Maxwell has her hands full training a group of new recruits while time traveling to ancient Egypt to observe and record findings. Known to her colleagues as "Max," she is part of the semi-dysfunctional St. Mary's Institute of Historical Research, based in England, a group of professionals who return to the past to clear up historical inaccuracies. The term "time traveling" is too pedestrian for them; they prefer their work to be defined as "investigating major historical events in contemporary time." Ascribing a cultured British accent to Max, from whose perspective we hear the story, Zara Ramm capably recounts the historians' misadventures with crisp enunciation and good humor. In this sixth installment, Max is faced with new challenges as she comes to grips with being a newly married woman, bringing the new historians up to speed on the perils of their work, and ferreting out a traitor in the ranks. Ramm wears her characters' voices like old friends, smoothly dipping into blunt East End accents and coarser tones for the gentlemen. Max and her colleagues maintain that almost any situation can be smoothed over with a strong cup of tea, no matter how perilous the circumstances. E.E. © AudioFile 2017, Portland, Maine [Published: JUNE 2017]