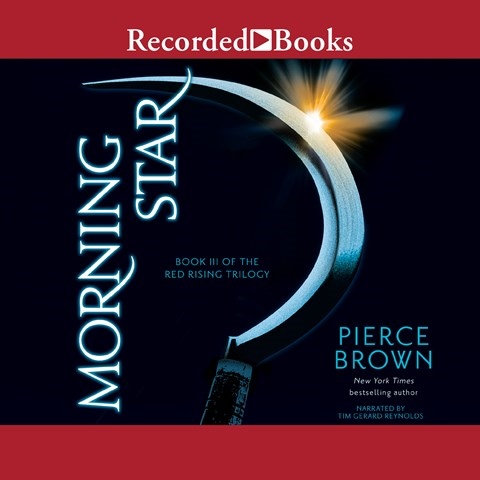 Tim Gerard Reynolds's crisp voice and rapid pace drop the listener straight into the middle of this sci-fi thriller. He deftly switches between a range of characters, accents, and emotions as he delivers this eagerly anticipated final installment in the Red Rising Trilogy. His confident narration keeps listeners rooting for Darrow as he fights for his life while imprisoned by an evil government and corrupt galactic forces. Reynolds makes the most of this violent story with his raspy timbre and emphatic tone. Listeners will hang on to the tense dialogue and action-packed scenes right through the dramatic climax. M.R. © AudioFile 2016, Portland, Maine [Published: JUNE 2016]