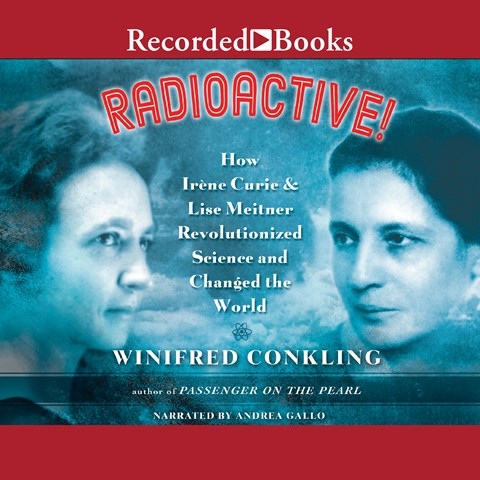 RADIOACTIVE! How Irene Curie and Lise Meitner Revolutionized Science and Changed the World

This biography introduces young people to two early-twentieth-century physicists whose discoveries set the stage for the atomic bomb. Because of their gender, however, they were denied the recognition they deserved during their lifetimes and were all but forgotten by history. Irene Curie, daughter of Nobel physicists Marie and Pierre, and Lise Meitner, an Austrian physicist, were true trailblazers. Narrator Andrea Gallo achieves the near impossible, making the author’s discussion of complex scientific ideas and the lives of these two extraordinary scientific pioneers even more interesting and accessible to young people. At the same time, her even pace and well-enunciated delivery never condescend. The story is told through two threads; sadly, these two extraordinary contemporaries never collaborated. N.E.M. Winner of AudioFile Earphones Award © AudioFile 2016, Portland, Maine [Published: JULY 2016]