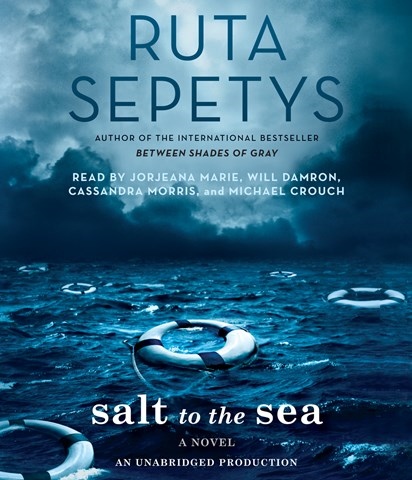 SALT TO THE SEA

The points of view of four young people caught in the clash between Germany and Russia during WWII are well realized by four narrators. Lithuanian Joana, Prussian Florian, Polish Emilia, and German Alfred share their secrets in alternating chapters. While the narrators’ differing vocal qualities are a plus, they make no attempt at reproducing cultural accents, instead encouraging listeners to imagine the linguistic differences featured in the story. Rather than being a disservice to this powerful novel, the straightforward narration allows the life of each character to unfold without distraction. The heartbreaking climax will leave listeners stunned. An author’s note outlining the true story behind the fiction brings everything full circle. S.G. Winner of AudioFile Earphones Award © AudioFile 2016, Portland, Maine [Published: FEBRUARY 2016]