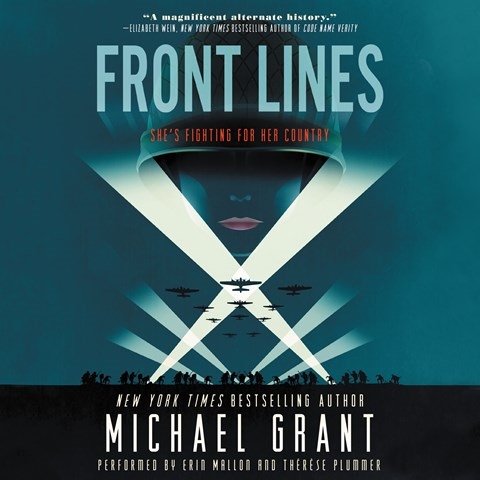 In Grant’s alternate history, women could enlist and be drafted during WWII. The story follows four young women from their hometowns to basic training to the war in Europe. This audiobook is immensely enjoyable as both narrators are so accomplished. Chapter headings tell listeners who is the focus at the moment, so Thérèse Plummer varies her character voices only slightly. Interstitial chapters set in a hospital after the war are read by Erin Mallon, who sounds a great deal like Plummer. This is a story of war, and neither narrator diminishes the violence or glamorizes it. When the characters are scared, they sound shaky. When they’re brave, they sound bold. They sound like real women, fighting for their lives. G.D. © AudioFile 2016, Portland, Maine [Published: MAY 2016]