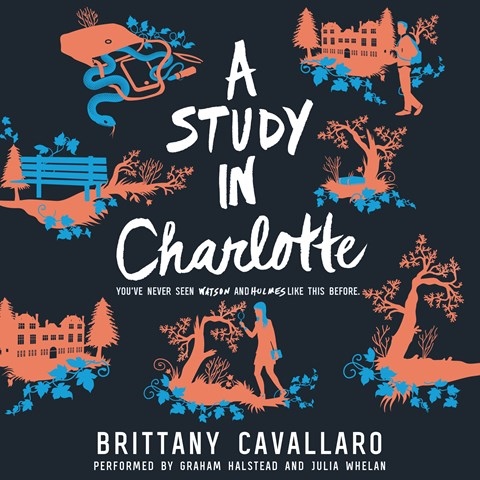 Narrator Graham Halstead deftly meets the challenge of re-creating the meeting of Charlotte Holmes and Jamie Watson, the great-great-great-grandchildren of Sherlock Holmes and Dr. Watson. This first of a trilogy is told from the perspective of Jamie. It takes murder to bring the two together when they are accused of killing a classmate. Halstead skillfully captures the intelligent, aloof Holmes and the more appealing but uncertain Watson. Listeners will enjoy hearing references to several actual Holmes stories as the 21st-century Holmes and Watson sift through clues, looking for the murderer. S.G.B. © AudioFile 2016, Portland, Maine [Published: JULY 2016]