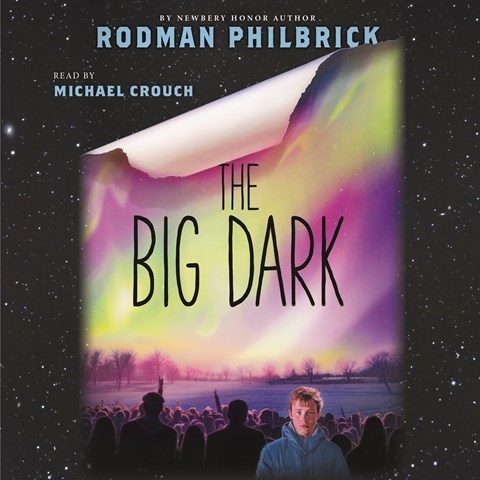 Narrator Michael Crouch captures the excitement that quickly turns to fear on the night that the sky flares with magnificent lights before the power goes out all over town. Crouch projects the intense feelings that color Charlie Cobb's first-person account as his New Hampshire community suffers mounting problems. A blizzard, a fire, vigilantes, and the threat of his diabetic mother's death drive Charlie to ski all by himself to a town 50 miles away, where he faces wild animals, intimidation by terrified humans, and the pressure of time slipping away. Crouch's narration reflects the fast pace of the story, and he deepens this survival story with convincing character portrayals. Charlie's worried sister's voice trembles with fear, the town's ruthless extremist growls with menace, and touches of New Hampshire and Franco-American accents add dimension. S.W. Winner of AudioFile Earphones Award © AudioFile 2016, Portland, Maine [Published: MARCH 2016]