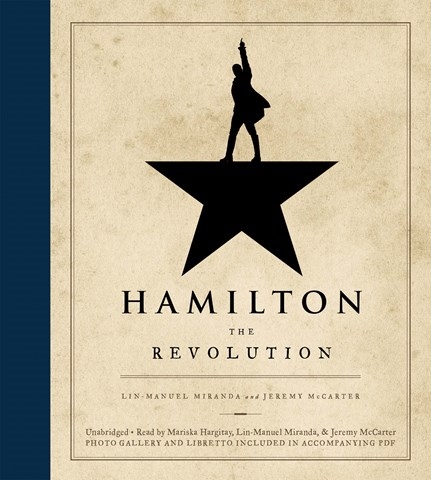 Mariska Hargitay takes on the role of warm documentarian in her narration of this behind-the-scenes look at the cultural phenomenon that is HAMILTON. Hargitay is an able guide through the chronology of its run at The Public Theater, the recording of the cast album, and the move to Broadway, as well as details, many quite personal, of the writing, casting, composing, choreography, and more. Listeners will need to follow along in the print book or accompanying PDF when listening to Lin-Manuel Miranda’s footnotes on the libretto, which make up the last hour of the recording. That said, it’s SO much fun hearing them lift off the page, by turns serious and playful, in his voice. It’s fascinating listening for Broadway aficionados and an essential deep dive for HAMILTON fans. J.M.D. 2017 Audies Winner © AudioFile 2016, Portland, Maine [Published: APRIL 2016]