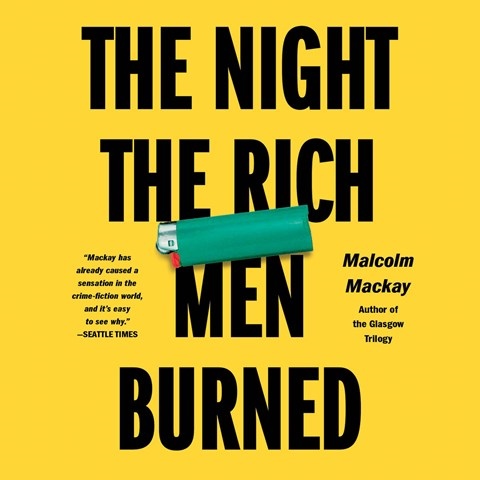 THE NIGHT THE RICH MEN BURNED

Narrator Angus King gives credible voices to a whole cast of hardened Glasgow men. Two old school friends, unable to find work, are drawn into the world of debt collecting and gunrunning. Alex Glass gets them their first job but soon flounders, falling into addiction, while Oliver Peterkinney, who is quick to see all the angles, is soon stepping on more established toes and leaving his friend behind. King can be as gritty as it takes but also manages the nonchalant tone the writing requires. The story is well plotted--shocks and surprises abound. But be warned, these are not nice people! C.A.T. © AudioFile 2016, Portland, Maine [Published: JULY 2016]