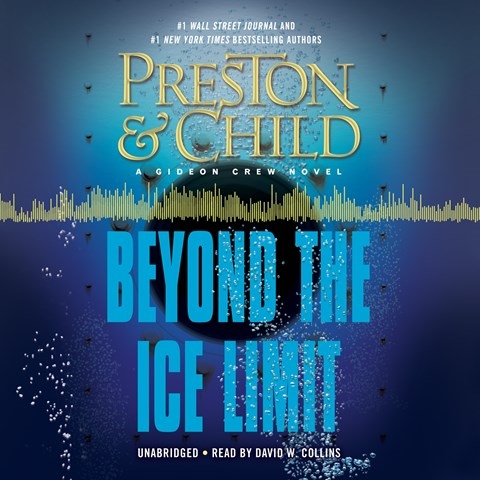 David W. Collins narrates this thriller featuring quirky characters, mutiny, and undersea tragedy. Scientists on a mission off the coast of South America with series hero Gideon Crew believe that an alien organism has implanted itself two miles below the seabed—and it’s growing. The only hope to annihilate the creature depends on Gideon's expertise with nuclear weapons. Collins voices the story dramatically, employing a softly inflected tone that shifts as the crew of the ship fights to comprehend the alien life form—even as it invades individuals. Listeners will feel like they’re there, drawn into the intriguing plot. S.C.A. Winner of AudioFile Earphones Award © AudioFile 2016, Portland, Maine [Published: MAY 2016]