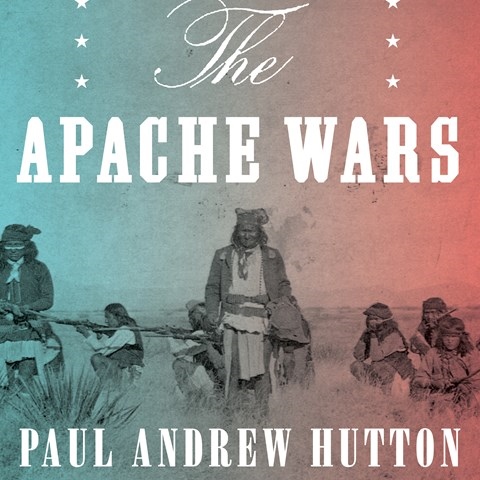 THE APACHE WARS The Hunt for Geronimo, the Apache Kid, and the Captive Boy Who Started the Longest War in American History

Jonathan Yen’s baritone does well in narrating this history of the quarter-century-long struggle for control of the American Southwest. The cast of characters includes Cochise, Geronimo, Kit Carson, Nelson Miles, Mangas Coloradas, and Mickey Free, whose kidnapping started the whole affair and whose pursuit of the Apache Kid ended it three decades later. Yen is consistent in reading narrative with an expressive and clear voice. He affects a different voice for quotes that works well but is not all that different from his narrative voice. All of it is done with great verve and energy, making for an enjoyable listening experience. M.T.F. © AudioFile 2016, Portland, Maine [Published: AUGUST 2016]