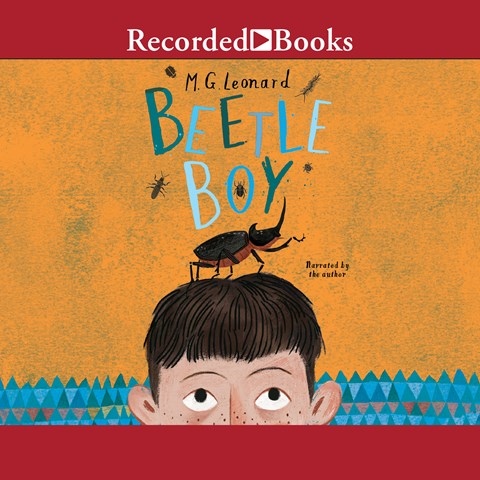 Author-narrator M.G. Leonard's energetic delivery aptly conveys the story of Darkus Cuttle, whose father disappears from a locked room in this first of a trilogy. Leonard's 13-year-old Darkus is endearing and smart as he resolves to find his dad after he's sent to live with his Uncle Max, who sounds both old-fashioned and fun. Darkus is befriended by a rhinoceros beetle who assists him and seems to be guiding his search. Along the way, Darkus is also helped by two very opposite classmates, Bertholt, who's shy and polite, and Virginia, who's fearless and outspoken, each dynamically rendered. Leonard's best creation is Lucretia Cutler, a creepy and unique villain. Listeners will enjoy these unusual characters and learn about beetles in this satisfying adventure. S.G.B. © AudioFile 2016, Portland, Maine [Published: SEPTEMBER 2016]