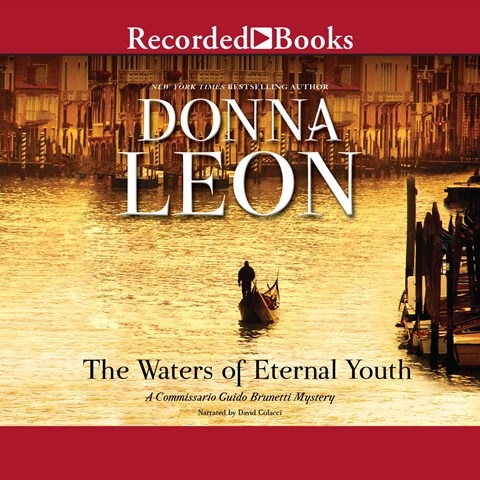 In her 25th Commissario Guido Brunetti novel, Donna Leon creates a haunting mystery. Narrator David Colacci delivers his usual charming Guido; his brilliant wife, Paola; their highly articulate children, Raffi and Chiara; and an assortment of series regulars who frequent the watery city of Venice. A family friend asks Brunetti to investigate a fifteen-year-old cold case in which a young girl almost drowned in a canal. A well-known local drunk pulled her out, telling the police he saw a man throw the girl in. When he sobered up, he didn't remember anything. The girl suffered permanent brain damage. Colacci makes it easy to visualize each character and the magic of Venice. You don't have to start at the beginning to be swept up in the action. Jump in. The water's fine. S.J.H. © AudioFile 2016, Portland, Maine [Published: MAY 2016]