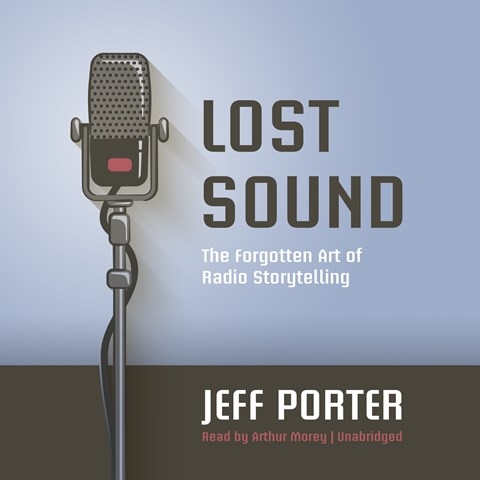 "War of the Worlds" (1938) by Orson Welles, "On A Note of Triumph" (1945) by Norman Corwin, and "Under Milk Wood" (1954) by Dylan Thomas--these are just a few classic programs that stretched the boundaries of how poetic language was first employed in radio, changing how an entire generation heard the world around them. With an air of authority and sophistication, Arthur Morey reads the author's illuminating deconstructions of seminal works like "Sorry, Wrong Number" (1943), starring Agnes Moorehead, and "The Fall of the City" (1937) by Archibald MacLeish. There's almost a sense of mourning in Morey's voice when discussing the cultural highpoints of yesteryear, but as Porter points out, the tradition of producing audio stories hasn't disappeared. It's simply moved from radio to podcasts and audiobooks. B.P. © AudioFile 2016, Portland, Maine [Published: SEPTEMBER 2016]