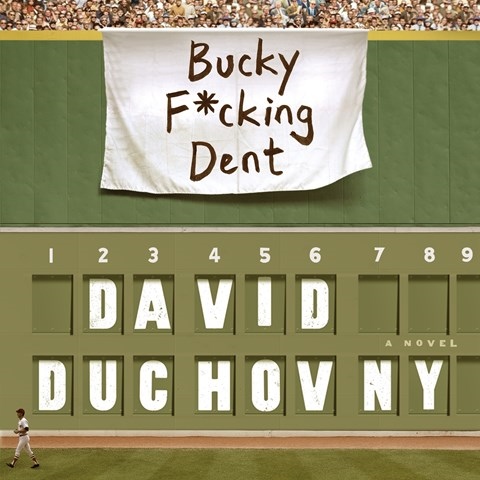 There’s only one subject that the underachieving Ted Lord Fenway Fullilove has at all in common with his brusque, overbearing dying father, and that’s baseball—more specifically the Boston Red Sox and their epic 1978 American League pennant race against the dastardly New York Yankees. David Duchovny (“The X-Files,” “Californication”) employs his unique and highly recognizable voice to great advantage in narrating his second novel, the title of which refers to the Yankees’ dastardly shortstop. As Ted, Duchovny sounds big-guy tough and modern-guy cynical. But listeners will discover that, like Duchovny and Ted, most all of us are suckers for baseball, a bag of peanuts, and second chances. We wouldn’t want it any other way. B.P. © AudioFile 2016, Portland, Maine [Published: JULY 2016]