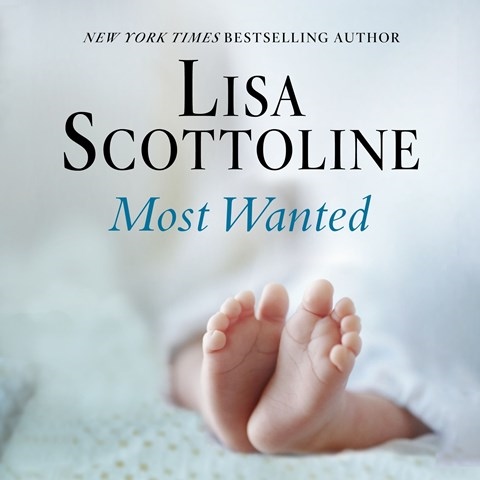 What if you used a sperm bank to become pregnant, and you discovered that your donor might be a serial killer? After Christine and Marcus Nilsson engage the services of a sperm bank, that's exactly what happens. Lisa Scottoline takes us on another wild ride, and Julia Whelan's narration convinces us to hang on. Whelan creates completely credible male and female characters through pitch differences and complex vocal textures. She effectively portrays deep-voiced Marcus, raspy-throated Griff, and the smooth-talking accused murderer, Zach. Whelan's portrayal of Christine sounds, by turns, terrified and brave. Scottoline deals with issues of ethics, privacy, regulation of the sperm bank industry, and the ways couples can be torn apart by uncertainty. Some of the scientific exposition feels clunky, but Whelan makes the listening worthwhile. S.J.H. © AudioFile 2016, Portland, Maine [Published: MAY 2016]