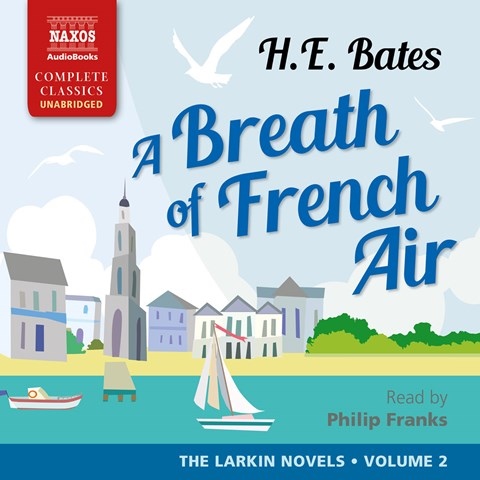 A BREATH OF FRENCH AIR The Larkin Novels, Volume 2

When England's eccentric Larkin family decides to visit Brittany for a summer holiday, the dissimilarity between British and French culture offers opportunities for hilarity. As narrator, Philip Franks has a friendly, upbeat tone and keeps a steady pace throughout the audiobook. His rendering of the dialogue is where his talents especially shine. Franks provides suitable country dialects for Ma and Pop Larkin, which are particularly entertaining in their feeble attempts to speak French. He is equally successful in portraying the French characters with more convincing French pronunciation than the Larkins demonstrate. Franks adds a lighthearted feel to the novel that makes its fun even more so. D.M.W. © AudioFile 2018, Portland, Maine [Published: MARCH 2018]