HomeÂ»ReviewsÂ»THE GAME OF LOVE AND DEATH 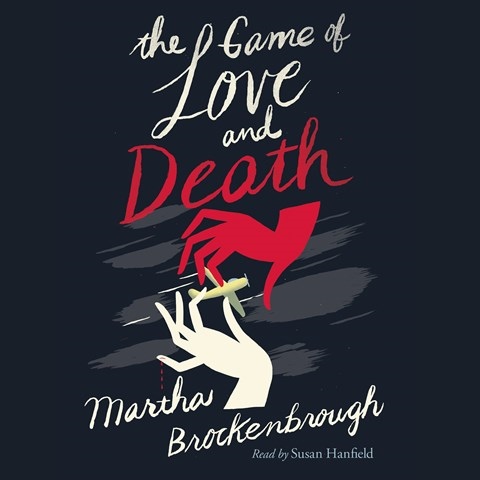 THE GAME OF LOVE AND DEATH

Narrator Susan Hanfield embodies the characters Love and Death, who wager on the love between Henry and Flora, a pair of teenagers in Seattle in the 1920s. Hanfield uses a stoic voice when Death points out that because Flora is African-American and Henry is white, there is no way their love will endure. From Love, one hears notes of wistfulness and desperation--as he is tired of losing his wagers with Death and wants this forward-thinking pair to thrive. Hanfield believably portrays both Flora and Henry from childhood to the story's present as well as creating vivid voices for secondary characters, ably handling accents and foreign languages, and even occasionally breaking into song. Historical fiction, romance, and magical realism make for a compelling listen. A.F. 2017 Audies Finalist © AudioFile 2017, Portland, Maine [Published: MARCH 2017]