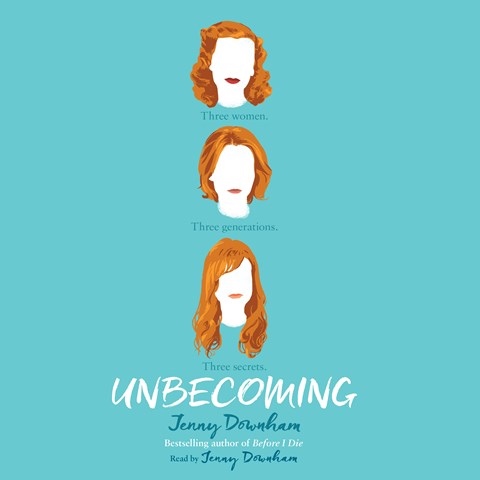 Author-narrator Jenny Downham distinguishes the lives of three family members, never losing a sense of time or character. Seventeen-year-old Katie is very dependable--at least, that's how her working mother, Caroline, sees her. But Downham reveals roiling emotions that existed inside Katie even before, Mary, her estranged grandmother, comes to live with them. Now, Katie is confused by her mother's initially cold reception of her mother, and by her mother's later protectiveness toward the woman, who is slipping into dementia. Just as convincingly, Downham captures Mary's chaotic memories and enduring guilt and Caroline's painful memories of the past. Downham's successful dramatization of the characters and their secrets evokes varying perspectives on memory and honesty. S.W. © AudioFile 2016, Portland, Maine [Published: AUGUST 2016]