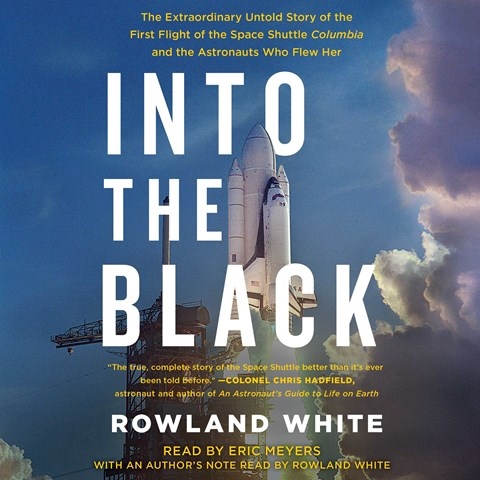 Eric Meyers capably delivers this history of NASA's Space Shuttle program, focusing specifically on the COLUMBIA and her maiden flight in 1981. His voice is smooth and expressive in narrating how the idea of the shuttle was born and then developed into the reusable craft we know of today. COLUMBIA's first voyage had complications that seemed to foretell her demise some three decades later. Meyers's expressive voice radiates enthusiasm. He consistently presents an engaging narrative and deftly switches to individual voices for quotes. M.T.F. © AudioFile 2016, Portland, Maine [Published: JULY 2016]