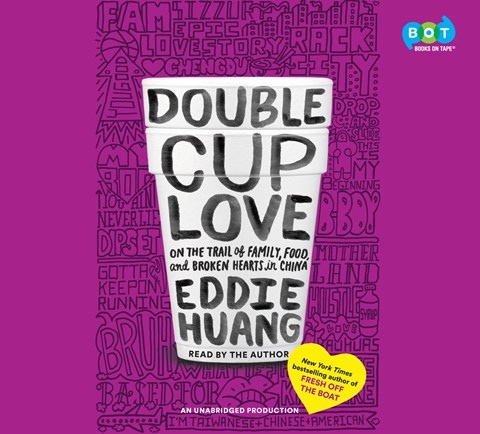 DOUBLE CUP LOVE On the Trail of Family, Food, and Broken Hearts in China

Chef Eddie Huang’s rapid pace and East Coast Chinese-American persona make for a roller-coaster ride well worth hearing. This story about family, romance, and intersecting cultures is like listening to a thought-provoking comedy show. This is not just an audiobook. It’s a storytelling masterpiece in the most comedic, sometimes outlandish, way. All the highs and lows include laughter. As discomforting as it is to discuss the physical abuse that took place between his parents, he manages to offer humor through his tone of voice, especially when he imitates his mother. He is unafraid to address uncomfortable topics such as race and class, and he adds his own pizzazz to each slam dunk. T.E.C. © AudioFile 2016, Portland, Maine [Published: MAY 2016]