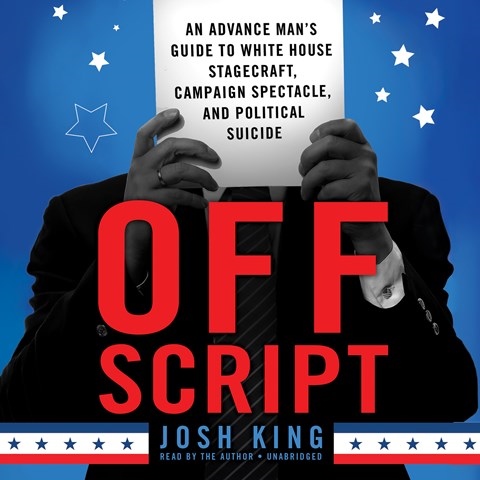 Josh King, a former White House director of production events and SiriusXM radio host, brings us both his first book and first narration. His narration is unpolished, with frequent stops and starts that could have been better handled in production. The work itself could generously be called a deconstruction of some of the worst examples of presidential "optics" that helped sink political careers, such as one in which he personally participated: a helmeted Michael Dukakis's infamous, brief military tank ride. With far too many mispronunciations, this audiobook is a vanity effort rather than one that is instructive or informative. W.A.G. © AudioFile 2016, Portland, Maine [Published: JULY 2016]