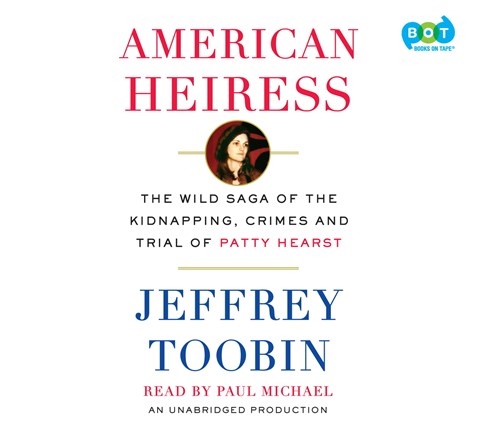 AMERICAN HEIRESS The Wild Saga of the Kidnapping, Crimes and Trial of Patty Hearst

Accomplished narrator Paul Michael hits all the right notes in Toobin's detailed account of heiress Patricia Hearst's notorious 1974 kidnapping. The young woman was grabbed by a ragtag group of self-proclaimed revolutionaries who called themselves the Symbionese Liberation Army. Toobin, a CNN senior legal analyst and NEW YORKER magazine writer, employs his expertise to clearly explain the legal details as Hearst is tried for the criminal activities she was persuaded to participate in. Michael is an excellent choice to deliver the myriad facts and critical analyses of the proceedings, such as the inebriated shenanigans of Hearst's defense attorney, F. Lee Bailey. Despite Hearst's refusal to cooperate with the author, this elegantly written book, paired with Michael's excellent narration, makes for absorbing listening. W.A.G. © AudioFile 2016, Portland, Maine [Published: AUGUST 2016]