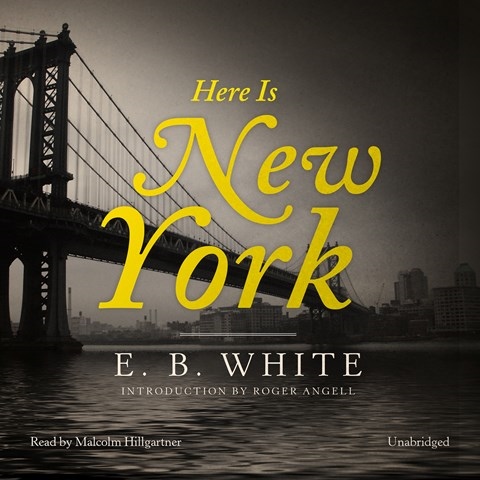 This brief time capsule depicting White's impressions of New York in 1949 comes encased in a second time capsule, Angell's personal introduction, written in 1999. Malcolm Hillgartner is a seasoned performer and narrator. His rich voice captures the quality of reminiscence that infuses both White's and Angell's words. Hillgartner seems as familiar with the New York neighborhoods (present and past) as the authors. His pace is perfect. White remembers the speakeasies and coal sellers of New York in the 1920s and '30s. Angell remembers his time with White, who was his stepfather. Although we associate both writers with THE NEW YORKER, White's text first appeared in HOLIDAY magazine, when Angell was an editor there. F.C. © AudioFile 2016, Portland, Maine [Published: JULY 2016]