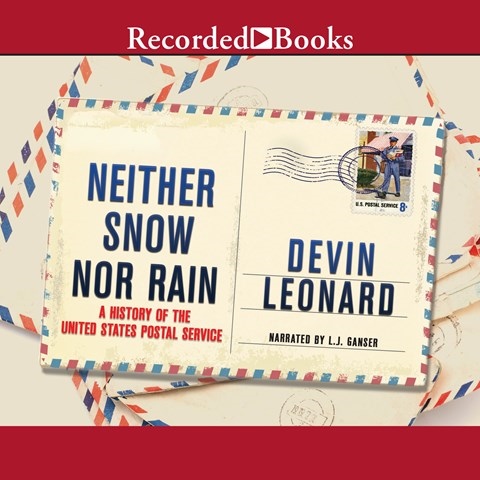 An audiobook about the almost 300-year-old U.S. Postal Service seems rather ironic. After all, this is an organization that is still paper-based and relies primarily on human foot power for its work, as opposed to contemporary technology. Its history is the history of the United States, and this book recounts it from Benjamin Franklin's founding to the present. Narrator L.J. Ganser tackles this subject with an upbeat voice and a lively pace that keep the story interesting. At times, though, he reads too fast and sounds breathless, which impedes our ability to think about what he's reading. But, overall, Ganser uses his clear, friendly voice to the benefit of the story. R.I.G. © AudioFile 2016, Portland, Maine [Published: JULY 2016]