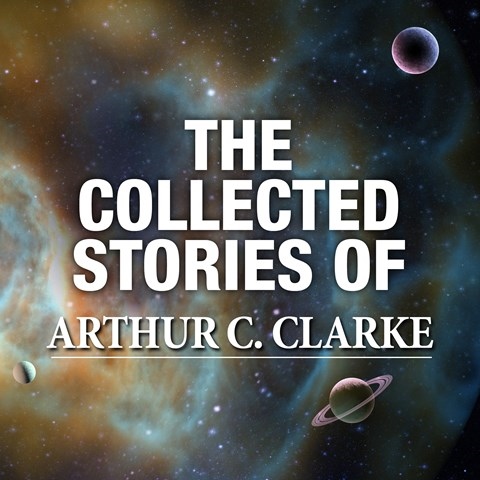 Narrator Ralph Lister makes Arthur C. Clarke come alive in the foreword to this collection. Clarke talks about having been influenced by science fiction even in his childhood writings. He also states his belief that many of sci-fi's finest works have been short stories. In "Breaking Strain," the story that inspired the movie 2001: A SPACE ODYSSEY, narrator Jonathan Davis sounds intriguing and measured at first; as the story progresses, he ramps up his intensity to reflect the action. Davis's portrayals of uptight Captain Grant and casual Engineer McNeil are perfect. In "All The Time in the World," a story that led to Clarke's first television program, narrator Ray Porter is masterful in his handling of text and dialogue. He depicts Robert Ashton as wary and matter-of-fact when a beautiful--and ruthless--woman offers him any amount of money to steal items from the British Library. Listeners will find these classic stories fascinating and timeless. S.G.B. 2017 Audies Finalist © AudioFile 2017, Portland, Maine [Published: APRIL 2017]