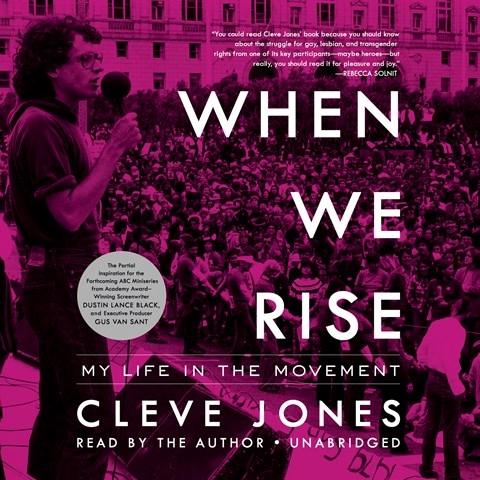 WHEN WE RISE My Life in the Movement

Gay rights and AIDS activist Cleve Jones takes listeners on an extraordinary journey through his life. Having moved to San Francisco in his late teens, Jones tells how he discovered the vibrant political and sexual culture in the Bay area. Throughout the '70s the fight for gay rights intensified, and Jones was drawn in, working directly with gay politician Harvey Milk. It's heartbreaking to hear Jones recalling Milk's assassination. A few years later, AIDS ravaged the community, and Jones describes the pain and sorrow in the fight for equality and survival. Listening to Jones tell his story is a singular experience, filling one with hope and wonder as well as sadness and fear. Jones's story is a great reminder that, despite setbacks, progress has been made in the fight for equality. A.G.M. © AudioFile 2017, Portland, Maine [Published: JANUARY 2017]