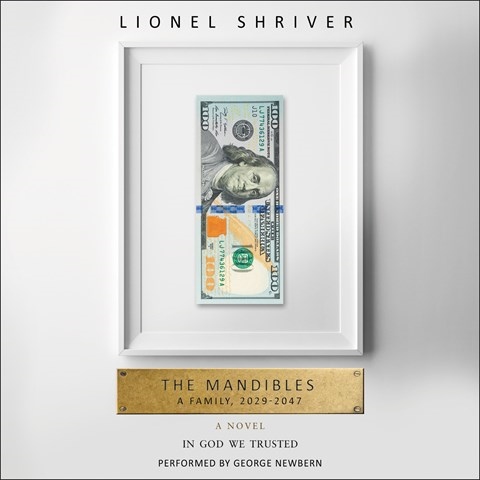 The new dystopian novel by Lionel Shriver tells of global economic collapse in 2029. The story unfolds matter-of-factly, and narrator George Newbern mirrors that same tone. As the world falls apart around them, the Mandible family, a menagerie of desperate heirs, waits for the fortune they will inherit from their 97-year-old patriarch. As prices skyrocket, Newbern captures the family members’ schemes for survival and hopes for a better future, followed by their shock when they discover that the money isn’t coming. Newbern uses his talented voice and sharp intellect to create a world in which the characters tiptoe between the comic and tragic. This smart oddball tale is as entertaining as it is thought provoking. R.O. © AudioFile 2016, Portland, Maine [Published: JULY 2016]