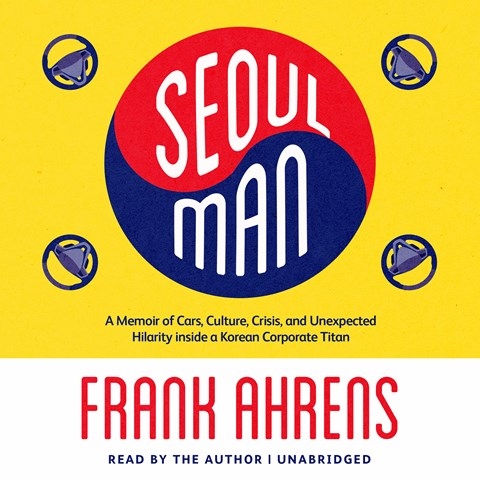 SEOUL MAN A Memoir of Cars, Culture, Crisis, and Unexpected Hilarity inside a Korean Corporate Titan

Frank Ahrens shares his Seoul with listeners as he recounts his experiences as Hyundai's global public relations director. SEOUL MAN is ultimately his story, not Hyundai's, and his earnest wonder is the fuel that drives listeners through it to the epilogue. Listeners discover with him the wonders of Korea, Hyundai, a new career, a first marriage, and renewed faith (the other "soul" in the book title). By Ahrens's own admission, he arrived in Korea unschooled in the culture. The "hilarity" of the subtitle arises from the resulting misunderstandings and surprises--an example of the latter being Korea's alcohol-fueled mandated corporate social gatherings. One continually hears in his voice his amazement at where he found himself--geographically, professionally, and personally. K.W. © AudioFile 2016, Portland, Maine [Published: OCTOBER 2016]