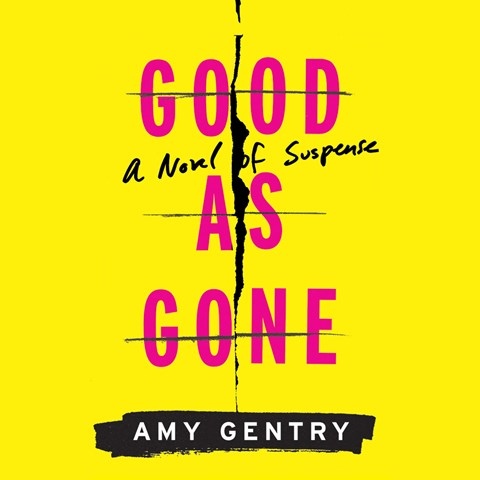 For eight years, Julie Whitaker's family has agonized over her knifepoint kidnapping. Was she murdered? Could she be alive? The horrifying question is miraculously answered when Julie appears on their doorstep. Narrator Karen Peakes portrays the sheer joy of Anna, Julie's mother, and then her unspeakable creeping doubts about the grown-up Julie's true identity. Peakes's narration of Julie herself is tinged with a shade of vagueness that invites listeners to question her credibility. Because the points of view change between chapters, and, for the most part, Peakes maintains only minimal characterizations for most voices, it sometimes can be difficult to quickly grasp the changes. But Peakes delivers the occasionally elegant prose with grace. As doubt turns to suspicion, the plot twists become even more intriguing. N.M.C. © AudioFile 2016, Portland, Maine [Published: SEPTEMBER 2016]