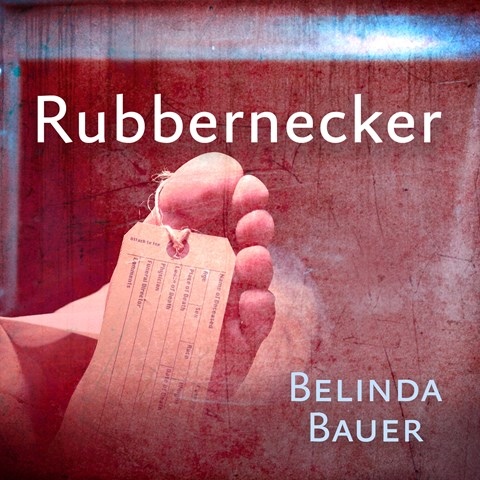 Ever since he saw his father die, medical student Patrick Fort, who has Asperger’s syndrome, has struggled to grasp how death shifts us instantly from "is” to “is not." While looking for answers to this mystery in his autopsy class, he stumbles across another: murder. Rather than adopting some affectation to convey Patrick’s autism, narrator Andrew Wincott lets other characters' reactions to Patrick do it for him. Those exasperated, sad, confused, and sometimes manipulative voices not only say all that needs to be said, but they also deftly achieve the effect of making Patrick the most grounded and cogent of the lot. With this simple, creative choice, Wincott ensures that right up to the last of many satisfying reveals, we rethink who is hero, who is victim, and who is villain. K.W. Winner of AudioFile Earphones Award © AudioFile 2016, Portland, Maine [Published: NOVEMBER 2016]