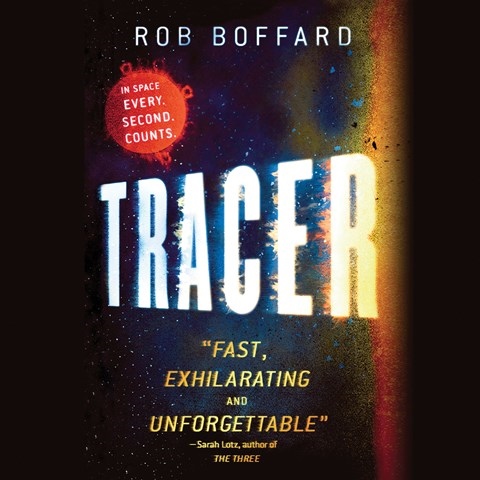 Boffard's debut novel is the first of a trilogy. In this scenario, the Earth is a planet devastated by human misuse; most survivors live on a gigantic orbiting space station, Outer Earth. Among them is our heroine, who makes her living by sprinting through the complex levels of the station, delivering things. Narrator Sarah Borges reads her scenes with steady pacing and a tone of authority. Other scenes are articulated by Jeff Harding in a more detached and clinical way. The author writes mostly in the first person in order to create a "you-are-there" ambiance, which the narrators attempt, and mostly succeed at. That and action without letup give the book a can't-put-it-down feel. D.R.W. © AudioFile 2016, Portland, Maine [Published: SEPTEMBER 2016]