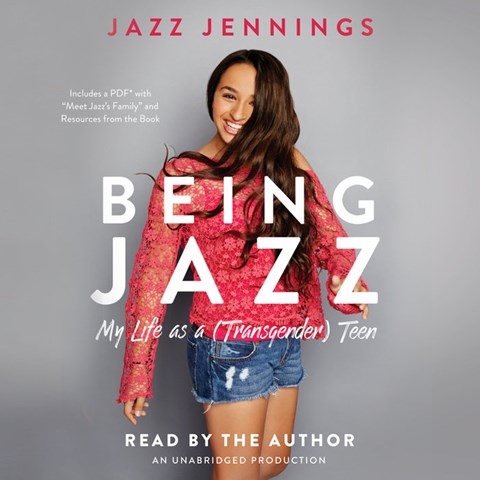 BEING JAZZ My Life as a (Transgender) Teen

In 2015, the picture book I AM JAZZ, by Jessica Herthel and Jazz Jennings, about a transgender girl, was No. 3 on the American Library Association’s Top Ten Banned Books. Now Jazz Jennings gives voice to her story in a new way by narrating what she calls her memoir on growing up transgender. Jennings’s youthful enthusiasm and her acute memories of the difficulties posed by being different from most of her peers make her the perfect choice for telling her own story. She reads quickly, with the familiar cadence and inflection of a teenager, and her story gives new insight into the current conversation on transgender issues. S.G. © AudioFile 2016, Portland, Maine [Published: JUNE 2016]