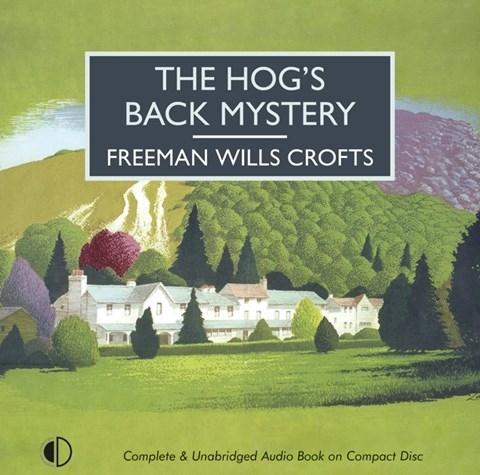 THE HOG'S BACK MYSTERY

From beginning to end, Gordon Griffin proves a compelling narrator in this 1933 mystery from the Golden Age of Murder. After model citizen Dr. James Earle inexplicably disappears, bicycle-riding New Scotland Yard Inspector French is consulted. Griffin is dazzling with French's one-sided telephone conversations, distress at additional victims, and emotionality as the details of the case slowly dawn on him. The Inspector is further baffled when an unassuming nurse disappears and affronted when kindly Ursula Stone is murdered. Supporting characters are well rendered when French engages them personally as he painstakingly gleans vital information. Listeners will feel that Griffin is drawing them in when French shares his solution as the pieces of the puzzle finally fit together for a fascinating conclusion. S.G.B. © AudioFile 2016, Portland, Maine [Published: SEPTEMBER 2016]