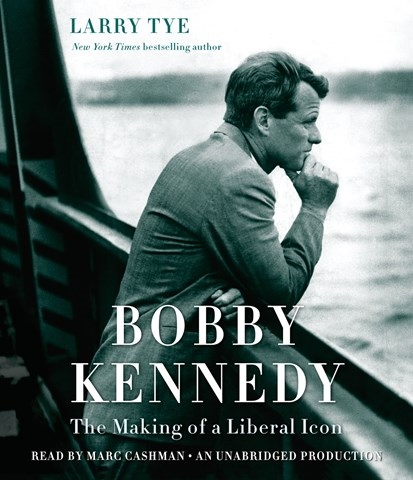 BOBBY KENNEDY The Making of a Liberal Icon

Marc Cashman provides an affable, approachable narration for this biography of Bobby Kennedy. Listeners will find Cashman’s comforting voice a welcome respite, not only during the well-known tragedy that befalls Kennedy, but also as his complicated political and personal path unfolds. As the title suggests, Kennedy's public rise to champion progressive causes is compelling. Kennedy’s upbringing, his famous link to his brother John in public service, his battles with Jimmy Hoffa and President Lyndon Johnson, and his own run for the presidency are documented here with refreshing clarity. S.P.C. © AudioFile 2016, Portland, Maine [Published: SEPTEMBER 2016]