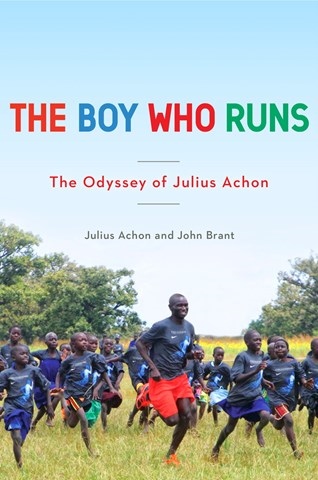 THE BOY WHO RUNS The Odyssey of Julius Achon

Julius Achon escaped life as a Ugandan child soldier and became a world-class middle-distance runner. The details of his harrowing childhood form the backdrop of this painful coming-of-age story narrated in a rich, deep baritone by Fred Sanders. As listeners experience the rise of Idi Amin and the destruction of everyday life in Uganda, Sanders's narration captures the chaos and confusion of Julius's younger years, which are filled with loss, love, and fear as well as fortitude. He rises above all these trials as a competitive athlete and then returns to Uganda to help rehabilitate other conscripted children. Sanders moves the listener from Julius's past to the present with ease. This emotional story captures the triumph of human resilience. M.R. © AudioFile 2016, Portland, Maine [Published: AUGUST 2016]