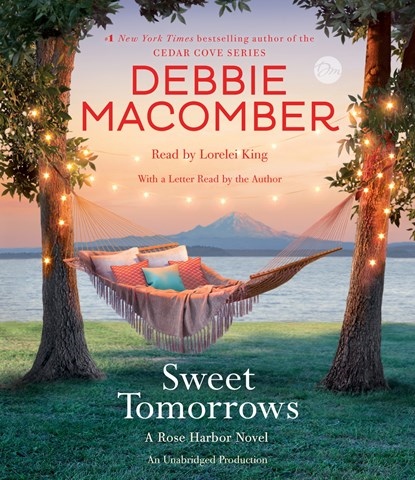 Narrator Lorelei King transports listeners to the inn at Cedar Cove in this final book of the Rose Harbor series. Following the introduction, read by Debbie Macomber herself, the story is told through chapters that alternate perspective among the four main characters--Jo Marie, Mark, boarder Emily Gaffney, and mysterious new Cedar Cove resident Nick Schwartz. King uses a different voice for each character, which makes it easier to follow the story and allows her to provide voices for characters based on their personalities, including a gruff voice for Mark and a more carefree voice for Emily. While the characters each try to overcome the struggles in their lives, the Rose Harbor Inn, as always, provides the perfect backdrop for healing and finding true love. E.N. Winner of AudioFile Earphones Award © AudioFile 2016, Portland, Maine [Published: OCTOBER 2016]