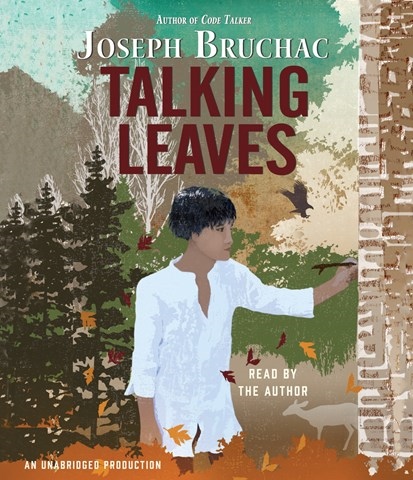 As Joseph Bruchac announces the cast of characters, his authentic pronunciations evoke the mood of an elder storyteller and the rhythms of Native American oral traditions. Bruchac weaves Cherokee legends and historical facts from the nineteenth century into a tale based on the life of Sequoyah, who brought the alphabet to the Cherokee. This makes for a dense story, but Bruchac has created an engaging main character, a son who seeks connection with his father. Thirteen-year-old Uwohali has a divided heart upon the return of his estranged father, Sequoyah. Is it disloyal to want to know his father when his mother has divorced the man? Is his father practicing black magic, or crazy like the villagers say? Bruchac reveals the father-son relationship realistically and sensitively. S.W. © AudioFile 2016, Portland, Maine [Published: SEPTEMBER 2016]