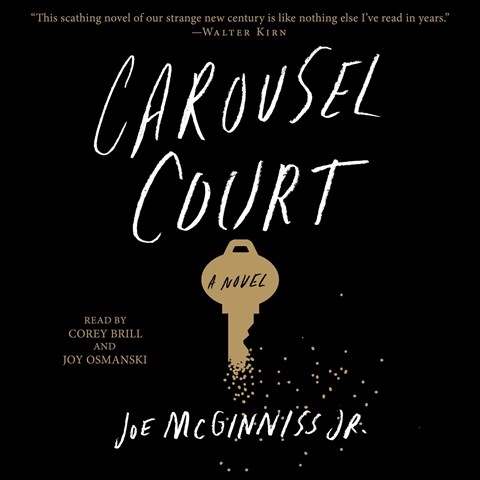 Narrators Corey Brill and Joy Osmanski are Nick and Phoebe Maguire, a couple whose lives had lost value long before their California home, purchased before the recession, followed suit. Feckless, they seem redeemable only in contrast to those around them. Brill captures the alternating passivity and frustration of Nick, formerly in PR, reduced now to clearing foreclosed homes. His life--especially his marriage to his unfaithful wife--is all compromise. Phoebe, a pharmaceutical representative, has sampled too many of her own products. Osmanski portrays her as inexpressive, blurred by chemicals, and masking most emotions except her disdain for her husband--and herself. Despite the novel's dreariness, Brill and Osmanski manage to convince us that even those at the bottom can find a way back up. K.W. © AudioFile 2016, Portland, Maine [Published: DECEMBER 2016]