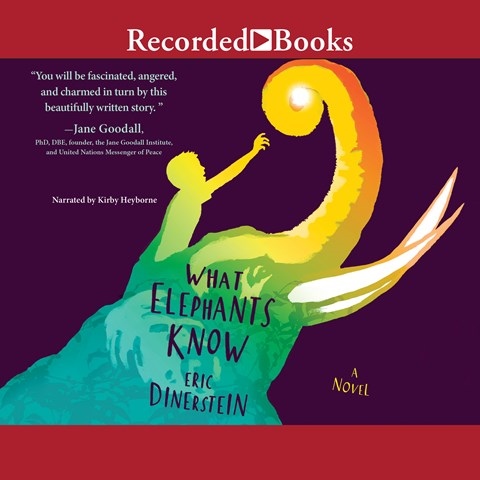 Narrator Kirby Heyborne immerses himself in the character of Nandu, an 11-year-old boy who is abandoned in the Nepalese jungle, cared for by dogs, and then rescued by Subba-sahib, the head of the elephant stable, and the elephant Devi Kali. In this first-person story, Nandu has much to tell about his world--including details of elephant care, the flora and fauna of the jungle, the discrimination he faces at boarding school, and his determination to repurpose the stable for the benefit of the Nepalese elephant population. Heyborne's earnest voice and brisk pace deposit listeners into the midst of each episode. He exudes Nandu's respect for Subba-sahib and the elephants. When needed, he punches out Nandu's thoughts--be it indignation at schoolyard bullies, warning cries to a tigress, or enthusiasm over mutual interests with his teacher. Dinerstein and Heyborne leave listeners ready to listen again. A.R. Winner of AudioFile Earphones Award © AudioFile 2016, Portland, Maine [Published: OCTOBER 2016]