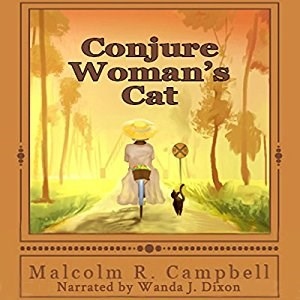 Wanda J. Dixon's warmth and gorgeous singing voice are superb in this story about Conjure Woman Eulalie, which is told through the voice of her cat and spirit companion, Lena. Dixon zestfully portrays Eulalie, who is "older than dirt" and is kept busy casting spells, mixing potions, and advising people--that is, when the "sleeping" sign is removed from her door. Most distinctive is Eulalie's recurring sigh, which conveys her frustration with Florida in the 1950s, when Jim Crow laws and "Colored Only" signs were routine. Dixon's Lena is fully believable when she spies around town and reports to Eulalie that rednecks have raped and murdered a young women. They almost escape until Eulalie persuades a witness to come forward. Listeners will marvel at the magical realism in this story and benefit from the helpful glossary of the charming local dialect. S.G.B. Winner of AudioFile Earphones Award © AudioFile 2016, Portland, Maine [Published: SEPTEMBER 2016]