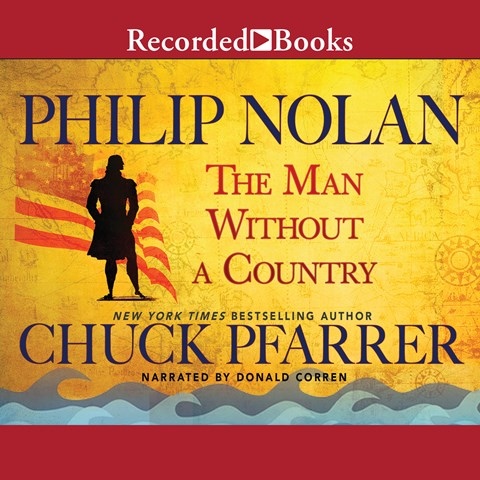 PHILIP NOLAN The Man Without a Country

What a yarn, and Donald Corren is the narrator to tell it. This historical American sea adventure recounts Philip Nolan's life as he is convicted as a traitor and condemned to live at sea, never mentioning or hearing about his country again. The story takes off as the sails are set. Corren propels the entertaining, action-packed narrative forward with a fast wind. His enthusiastic pacing heightens the vivid details of ferocious battles with pirates, slavers, and a shark. He punctuates the story with the varied voices and diverse accents of the officers and crew, putting listeners on board the ship. Depicting a time when honor was more important than life, Corren takes listeners on a voyage that revives Nolan's reputation. R.T. © AudioFile 2016, Portland, Maine [Published: DECEMBER 2016]