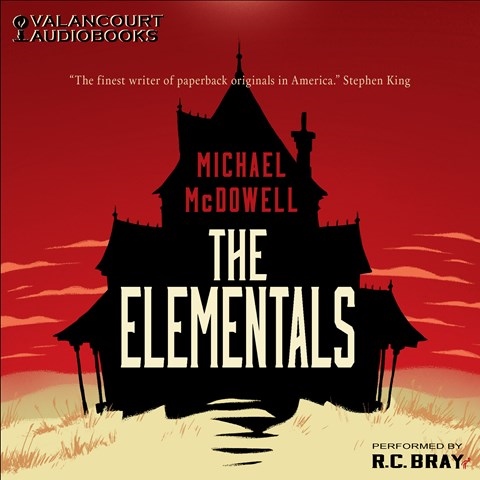 Narrator R.C. Bray manages the mean feat of transporting listeners both to the Deep South AND to a frightening netherworld in this gothic production. With a smooth Southern drawl and varying cadences, he inhabits such disparate characters as alcoholic “Big Barbara” McCray, good-guy Dauphin Savage, young New York visitor India McCray, and the black servant who sees all, Odessa. Following the death of matriarch Marion Savage, the two families—the McCrays and the Savages—adjourn to their vacation homes on the Alabama coast. They don't get much rest, thanks to the evil stirring in a nearby house. Bray does a masterful job voicing the paranoia that creeps up on the characters when the creatures in the other house get loose. It's especially spine-tingling, spooky fun, thanks to Bray's interpretation of this underappreciated horror classic. D.E.M. © AudioFile 2016, Portland, Maine [Published: OCTOBER 2016]