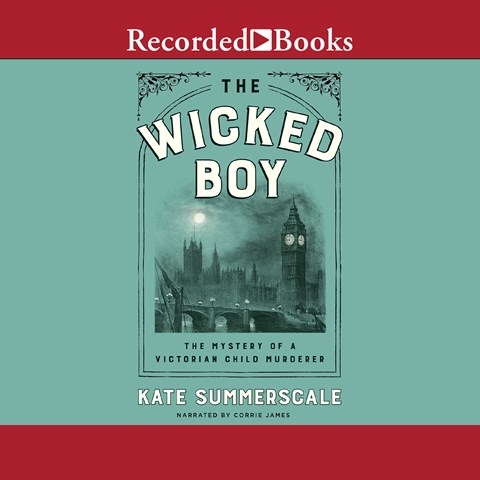 THE WICKED BOY The Mystery of a Victorian Child Murderer

Narrator Corrie James's crisp British accent is a decided advantage for the listener, given the density of detail Summerscale incorporates into this story of sin and redemption in Victorian England. Along with a historically accurate account of a gruesome crime and its aftermath, Summerscale presents a vivid look at working-class life in London's East End and in Australia from the mid-1800s until after WWII. James's ability to transition smoothly from the standard English of the narrative passages to dialogue featuring both Cockney and Aussie accents adds even more authenticity to this elaborately researched analysis of the ghastly matricide that captivated England in the 1890s. Riveting text and masterful presentation blend wonderfully to create a gripping and informative audiobook. M.O.B. © AudioFile 2016, Portland, Maine [Published: SEPTEMBER 2016]