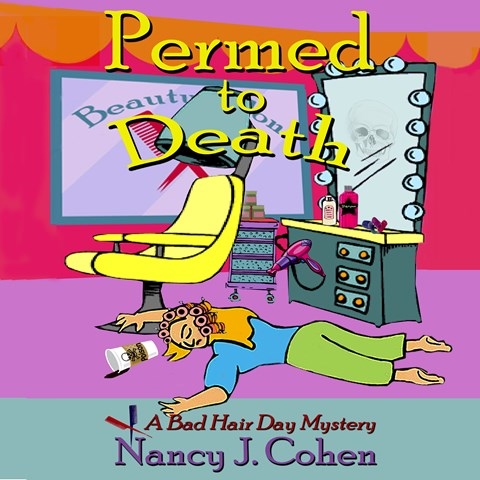 Narrator Mary Ann Jacobs does a splendid job introducing warm-hearted Marla Shore and her Cut 'N' Dye salon. Everyone is shocked when Bertha Kravitz, the shop's crankiest customer, dies while getting a perm. In addition to colorful glimpses behind the scenes at the salon, listeners will meet Shore's Jewish mother, who hopes to marry her off. When the stylist becomes the prime suspect, she vows to trace the killer herself. Jacobs makes Shore sound plausible as she works to identify the murderer. She also enjoys her encounters with hunky Detective Dalton Vail, especially when sparks begin to fly. Jacobs skillfully handles the diverse Florida accents and the multitude of suspects as well as the fascinating friends and acquaintances of Marla Shore. S.G.B. © AudioFile 2016, Portland, Maine [Published: OCTOBER 2016]